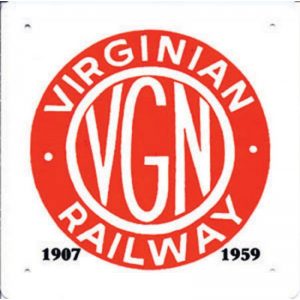 Amongst railroad workers and companies, there is a term that symbolizes the shrinking railroad industry: “fallen flag”. These companies, lines and trains have been lost through mergers or bankruptcies, which have left a kind of void in the American railroad system. Today, thousands of abandoned lines (many of which were abandoned prior to 2005), crisscross throughout the United Stated.

After the Great Depression, industry was competitive and railroads began the slow process of consolidation. For more than 60 years, the industry was shrinking at a gradual (but noticeable) pace. Today, railways are in use for travel and seeing a slight resurgence thanks to high speed rail, but the industry is nowhere near the size of its prime.

There are still new railroad companies that spring up, especially as less-profitable lines are eventually left to disrepair or sales. Essentially, these smaller companies buy up these disused lines and operate them at the local level.

To try and put the losses into perspective, if you consider the number of lines that were in use prior to the Great Depression then you’ll find only four in existence today. These were all railroads that were producing more than one million in income annually in their prime, either bankrupted or sold off as lines consolidated.

Railways were an essential part of our economy, and small towns still find them useful. These lines help people take trains into the city, where they can work and see family or friends.

Born in San Francisco in 1947, Archbishop Jams Provence served the church since 1979. After his retirement, James Provence became a volunteer docent at the California State Railroad Museum in Sacramento.